4/14/21Grant Smith On the Upcoming Israel Apartheid Conference
This writer frequently speaks about and writes in my Argentum Post, matters which seem to many hard to believe because the corporate media as well as a huge majority of the Congressional politicians and, as well as government agencies, have for decades prevented ignored, and/or event prevented the discussion of the said matters since there is a veritable gag order by the powers that conceal the reality of the history underlying these matters.
Furthermore, this writer is then asked for its sources, which he always provides, yet that does still not necessarily settle this phenomenon.
In this case in point, this writer is referring to the mendacious lies and cover-ups which underly the vicious propaganda about the reality of the history of the imperialist take over of Palestine which is best described by the Jewish intrepid, courageous, author, historian, activist Ilan Pappe in this book titled “The Ethnic Cleansing of Palestine”.  (Note: The foregoing link is to a video of Ilan Pappes’ presentation)
So, this hereby provides as succinctly as possible one of the most reliable sources which award-winning investigating journalists, authors, historians,  as well as retired members of the U.S. intelligence agencies, retired foreign service agents, and many more avail themselves when coming together periodically to discuss the issue of the ever more dangerous international law violating invasions, occupations, annexations, and barbarically violent oppression of the Palestinian people.
For the last 7 years, this writer has attended and reported on in my Argentum Post, an event which has been literally censored, namely the all-day annual conferences which bring together some 400-500 people during March at the prestigious National Press Club.
These conferences were titled “The Israel Lobby and American Foreign Policy“, but the next one will be a webinar with a panel of some 10-20 participants from all backgrounds  and all nationalities and will be called ” Transcending the Israel Lobby at Home and Abroad “
Other than CSPAN,  the American people which while having its freedom of speech respected,  has as the result of the dereliction of duty by corrupted media and undue influence of corrupted politics, violated to the extent that its freedom to be informed educationally is seriously impaired by this scandalous state of affairs.
So, with this foreword, this writer provides you with the link to the next conference which I just received by the eminent, highly principled, director of research of the very prestigious Institute of Research Middle Eastern Policy, namely the brilliant, and dedicated,  humanist scholar, Grant Smith.
PS. One Caveat.
There is not one scintilla of genuine “anti-Semitism” in this quest for peace by social and economic and just peaceful conflict resolution which must result immediately with the end of what has now become, inter alia, the largest concentration camp for 2.2 million Palestinians whose suffering since 1948 have had them relentlessly relegated to a criminal .dehumanizing life.   This conference is always attended by some of the most precious, humanist, progressive, generous people of the Jewish faith and culture.    As an active member of “Jewish Voice for Peace” as well as “The American Council for Judaism” , and as the son of Austrian German parents who survived the horrific crimes against the humanity of Jews and others, and I fully support this noble endeavor by Grant Smith and his team to once for all end peacefully the indescribable suffering of Palestinians in their own land as a result of the support of by the U.S. which in our name provides $10 millions of dollars per day to the egregious right-wing extremist and racist, Zionist power structure which has relentlessly carried massacres and targeted killings mercilessly.
Attachments area
Preview YouTube video The Ethnic Cleansing of Palestine. By Ilan Pappe 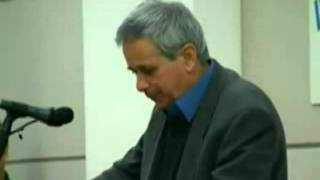 The Ethnic Cleansing of Palestine. By Ilan Pappe

With the Exposure of the Criminally Perfidious History of “Zionism”, A Quantum Leap in Its Demise Becomes Clear for the Benefit of All Affected. »
« At Long Last the Fog is Burned Off the Perfidiously Mendacious Lies About Cuba:The Washington Post to its Credit Deserves a Reward for It